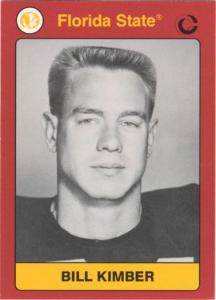 Bill Kimber was an American Footballer and played for Los Angeles Chargers, New York Giants and the Boston Patriots.  The link below takes you to an interview with Bill, by Todd Tobias